What is the IDF? 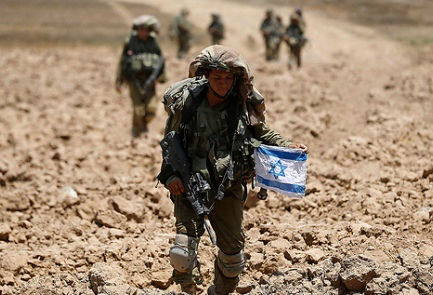 What is the IDF? by Irl Solomon

The Army of Defense for Israel, commonly known in Israel by the Hebrew acronym Tzahal, are the military forces of the State of Israel. They consist of the ground forces, air force, and navy. It is the sole military wing of the Israeli security forces, and has no civilian jurisdiction within Israel. The IDF is headed by its Chief of General Staff, subordinate to the Defense Minister of Israel. It is a Conscript Army consisting of draftees. Al Israeli citizens are subject to the draft and service in the Reserves following active duty of 2-3 years beginning at age 18. Read more about the IDF here

An order from then-Defense Minister David Ben-Gurion on 26 May 1948 officially set up the Israel Defense Forces as a conscript army formed out of the paramilitary group Haganah, incorporating the militant groups Irgun and Lehi. The IDF has served in all of Israel's major military operations—including the 1948 Arab–Israeli War, 1956 Sinai War, 1964–1967 War over Water, 1967 Six-Day War, 1967–1970 War of Attrition, 1973 Yom Kippur War, 1976 Operation Entebbe, 1978 Operation Litani, 1982 Lebanon War, 1982–2000 South Lebanon conflict, 1987–1993 First Intifada, 2000–2005 Second Intifada, 2002 Operation Defensive Shield, 2006 Lebanon War, 2008–2009 Operation Cast Lead, 2012 Operation Pillar of Defense, and 2014 Operation Protective Edge. The number of wars and border conflicts in which the IDF has been involved in its short history makes it one of the most battle-trained armed forces in the world. While originally the IDF operated on three fronts—against Lebanon and Syria in the north, Jordan and Iraq in the east, and Egypt in the south—after the 1979 Egyptian–Israeli Peace Treaty, it has concentrated its activities in southern Lebanon and Judea and Samaria, also called the West Bank; this included defending Israeli citizens in the First and the Second Intifada.

The Israel Defense Forces is unique in its inclusion of mandatory conscription of women. The IDF is one of Israeli society's most prominent institutions, influencing the country's economy, culture and political scene. In 1965, the Israel Defense Forces was awarded the Israel Prize for its contribution to education. It makes special efforts to include non-Jewish and Jewish minorities such as the Druze, Bedouins, Israeli Arabs, Ethiopian Jews, Haredim (ultra-Orthodox), LGBT, and Lone Soldiers among other special groups.
The IDF's mission is to "Defend the existence, territorial integrity and sovereignty of the state of Israel. To protect the inhabitants of Israel and to combat all forms of terrorism which threaten the daily life."
The Israeli military's primary principles derive from Israel's need to combat numerically superior opponents. One such principle is the concept that Israel cannot afford to lose a single war. The IDF believes that this is possible if it can rapidly mobilize troops to insure that they engage the enemy in enemy territory. In the 21st Century, various nonconventional threats including terrorist organizations,  subterranean infrastructure operated by Hamas, etc. have forced the IDF to modify its official defense doctrine.